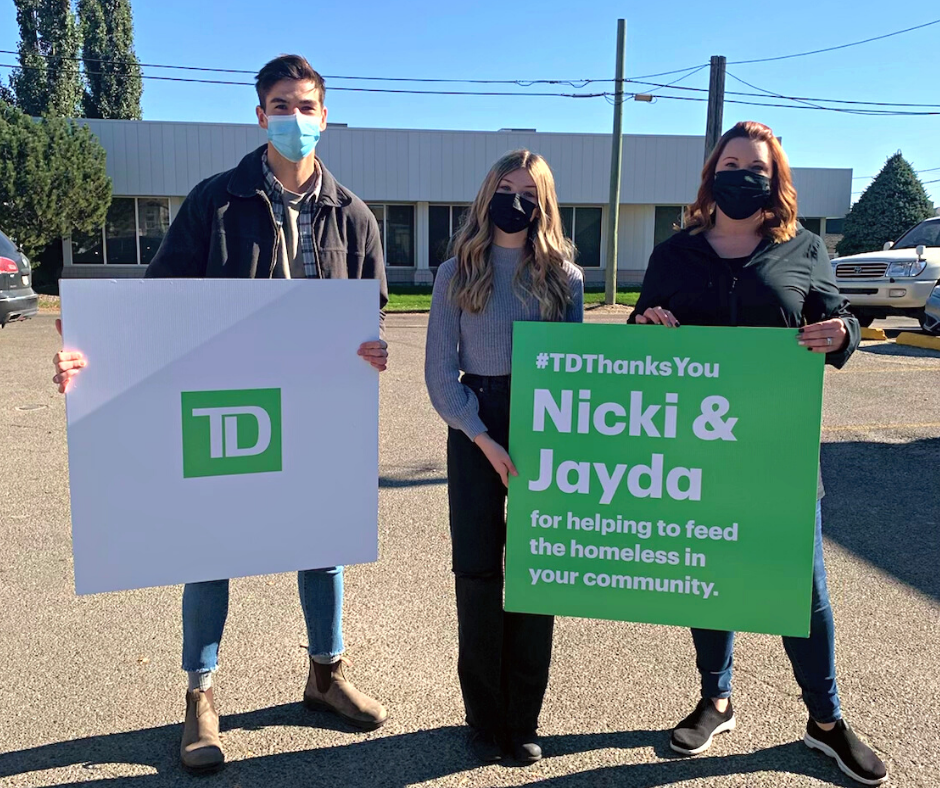 Turning Point Society is hopeful many of its clients will have a warmer winter following a generous donation from Red Deers’ Nicki and Jayda Monilaws on October 8, 2021.

The mother-daughter duo stopped by the non-profit Friday afternoon before the Thanksgiving long weekend to surprise staff with a carload of cold-weather items and $3,000 in gift cards.

With freezing temperatures approaching and limited shelters in Red Deer, Turning Point’s Community Engagement Coordinator, Mitchell Danser, says this donation came just in the nick of time.
“This is projected to be Alberta’s coldest winter in years, so this donation may be life-saving for many of our city’s most vulnerable, “said Danser.

In addition to more than 50 gift cards to local businesses, the donation included snacks, warm clothing, and personal hygiene items, all to be distributed among the non-profit’s clients.

“We’re continuously in awe of these women for their unwavering kindness and dedication to Red Deer’s most vulnerable,” Danser said.

“I think we’re just doing what lots of people want to do but maybe don’t have the time to,” said Jayda Monilaws.

In 2014, Jayda began an annual cupcake fundraiser that has since gone on to raise more than $30,000 for local causes. When last years’ lockdown halted their usual fundraising plans, Jayda and her mom organized a donation drive, collecting snacks, gloves, and other essential items to create “kindness bags” for Turning Point’s clients. 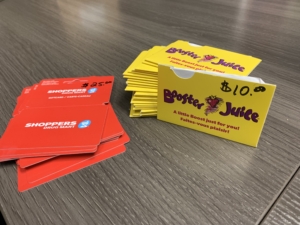 The two were recognized earlier this year by TD as part of the #TDThanksYou campaign and were given $3,000 in gift cards to hand out to those in need in the community.

“It was hard to keep the secret for so long,” said Jayda, explaining that they had to wait for TD’s official announcement later this fall before telling the non-profit. “I just wanted to share the good news.”

“TD giving back enables us to keep helping others and it’s amazing and heartwarming to see others wanting to make their communities a better place,” said Jayda’s mother, Nicki Monilaws.

“She’s got a notebook full of ideas and things she wants to do but there’s never enough time or resources to help everyone,” said Nicki. “I just remind her that one simple act of kindness at a time is sometimes all we can do.”