You are here: Home1 / Story2 / Deserving of Attention

This excerpt is from a conversation had with one of our clients on March 16, 2021. 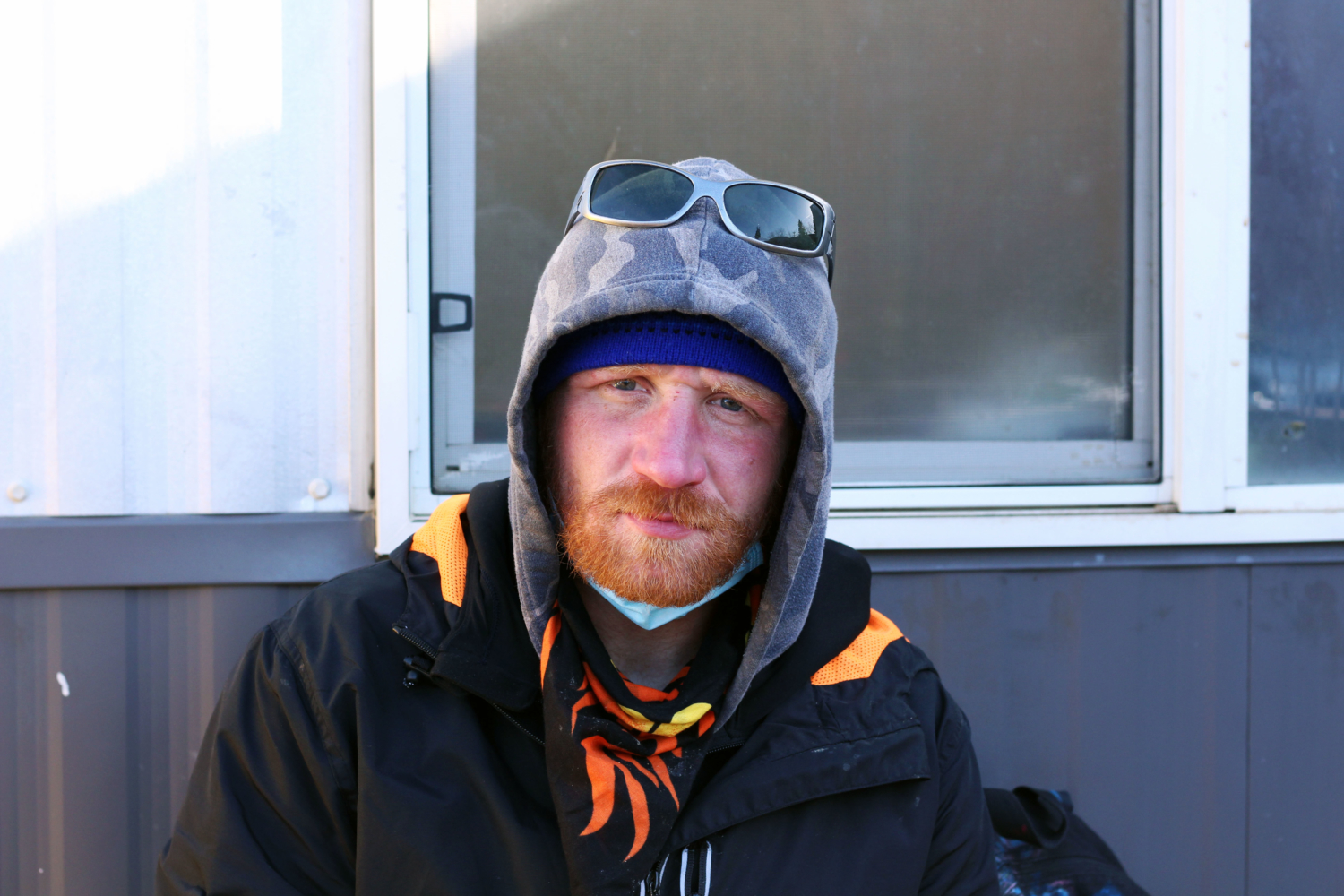 A client outside of Turning Point’s Overdose Prevention Site (OPS) on March 16, 2021.

You walk into a store with a backpack and you’re instantly labelled. A simple little thing like picking bottles will get some people coming out screaming at you even though you’re leaving no mess. You can’t even walk down the street without somebody clipping their car alarm. It’s pretty sad.

There are a few businesses like pizza places on the block that are welcoming. They’ll go out of their way to offer pizzas and drop off bottles for us.

People need to be more aware that there’s more than just drug use out here. I’d say the majority of us are struggling with some sort of mental disability. Just because somebody’s out here acting a little weird doesn’t mean they’re using drugs. There’s a lot of people out there who don’t even use drugs who are labelled for the way they act.

What’s really sad is that you’ll never see our deaths mentioned in the paper, even if it’s somebody we all know down here.

One of my closest friends died just last week. It wasn’t an overdose; he just wasn’t in a place to take care of his diabetes.

There’s been a lot of deaths in our community lately and no one’s reporting them. Overdose is a good percentage of these deaths, but more some are from within our community and people not being able to follow through on drug payments. It happens all the time here, but when someone’s gone for more than three days no one looks into it. People don’t even bother looking into it because we’re drug addicts.

We’re getting refused funerals for people who have overdosed, but they’re allowing people who are homed and who have families to have funerals with up to ten people. I just had my friend, Haydn, die in my arms a couple of months ago and was refused a funeral home.

What’s really sad is that you’ll never see our deaths mentioned in the paper, even if it’s somebody we all know down here.”